From Sudoku to socialising, we’ve all heard that keeping the mind active can be good for our brain health.

But knowing just what to do to keep the mind sharp can be a bit of a puzzle.

In this pillar we’ll examine the potential benefits of socialising and of hobbies and activities from crosswords to knitting and brain training. We’ll also find out what the experts recommend.

Humans have a fundamental need to interact with others and evidence is mounting that social engagement may help people maintain their mental fitness.

While it is difficult to conclusively prove the link, taken as a whole, the evidence suggests that being socially active helps maintain thinking skills and slows cognitive decline in later life.

In fact, the Global Council on Brain Health (GCBH), an independent panel of scientists, doctors, academics and policy experts which provides trusted information on how to maintain and improve brain health, states that there is ‘compelling evidence’ that social engagement has a positive effect on the brain, although more research is needed.

While the latest study doesn’t definitively prove that social engagement is providing protection against dementia, by tracking the participants for almost three decades rather than a few years, it strengthens the odds that this is indeed the case.

The GCBH’s tips on getting the most out of socialising include focusing on relationships and activities that you enjoy and maintaining contact with people of different ages, including younger people.

Those who find socialising difficult are advised to start small by, for instance, sharing a smile a day with someone or showing an interest in someone by asking how they are.

Strikingly, someone who saw friends almost daily at age 60 was 12% less likely to develop dementia than someone who only saw one or two friends every few months. There were also strong associations between socialising and a lower risk of dementia for those aged 50 and 70.

What about social media

Communicating through email and social media can make it easier for older people to maintain their relationships with family and friends and to expand their social network.

An Australian study found that older men who use computers have a lower risk of dementia and research from the U.S. has shown that older adults do about 25% better on memory tasks after learning to use Facebook.

However, the GCBH says that significantly more research is needed before it can recommend digital communication as something that might boost brain health.

There is increasing evidence that taking part in cognitively stimulating activities, from learning to play a musical instrument to juggling, may help lower the risk of dementia and age-related cognitive impairment.

And, contrary to the popular saying that ‘you can’t teach an old dog new tricks’, you can learn things at any age. The sooner you start, however, the better.

Crucially, there isn’t a ‘magic bullet’ – one activity that has been shown to be better than others for keeping the brain healthy – and so experts advise doing the things you like to do.

In 2017, after weighing up the latest scientific research on the topic, the GCBH stated: ‘Consider practising tai-chi, taking photography classes, designing a quilt, investigating your genealogy, juggling, cooking, gardening and learning how to play a musical instrument.’

Its other suggestions include playing with grandchildren, playing cards and playing chess.

Other research has found the more mentally stimulating activities someone does, from crosswords and Sudoku to going to the cinema, the better. Those with the busiest brains are less likely to develop both mild cognitive impairment (MCI), the slight memory lapses that can be a precursor of dementia, and dementia itself.

Importantly, the activities needn’t be intellectual – dancing and gardening and knitting and other crafts all fit the bill. 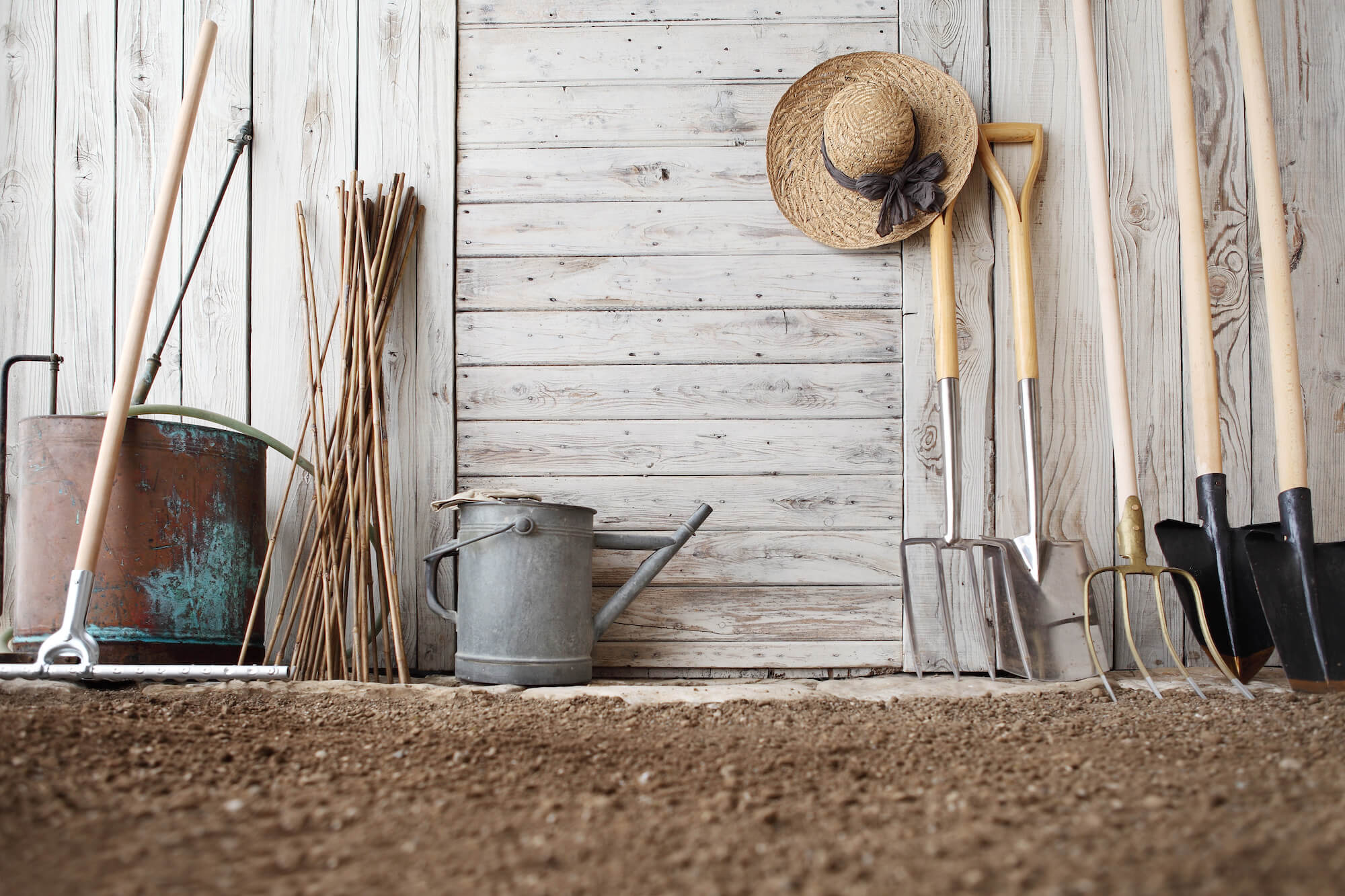 As a 2019 study from the U.S advises: ‘Mentally stimulating activities are modifiable lifestyle factors that are easily available to anyone at no or limited cost.

Cognitive reserve and why it's good to exercise the brain

Scientists have several theories about why keeping the brain busy may also keep it healthy.

The main one revolves around something called cognitive reserve. This is the idea that the things we experience throughout our lives, including our education, jobs and hobbies, rewire and reshape the brain – a phenomenon called neuroplasticity.

These constant changes to the brain are believed to make it more resilient to decline and disease.

The greater a person’s cognitive reserve, the more they are protected against both age-related memory changes and the onset of dementia, so the theory goes.

Studies show, for instance, that those with less than eight years of education are more than twice as likely to develop dementia as those with more education.

Two people can have the similar amounts of beta-amyloid, the sticky brain protein that is a hallmark of Alzheimer’s, however, the one that has built up a high cognitive reserve over their life, perhaps by going on to higher education and having an intellectually demanding job, is less likely to develop dementia than the other.

Even if they do develop Alzheimer’s, their symptoms will be less severe than those of someone who has the same amount of beta-amyloid in their brain but a lower cognitive reserve.

It is thought that constantly learning throughout our lives makes brain networks more efficient, meaning they have to work less hard to complete tasks. As a result, they can better cope when damage starts to accumulate.

Someone with a greater cognitive reserve may also find it easier to switch to an alternative brain network when the one they usually use is diseased, allowing them to complete tasks for longer.

It is important to note that cognitive reserve is built up over the course of a person’s life, meaning it isn’t solely determined by a person’s education or job, and can still be boosted later in life.

There are several other theories about why keeping your brain busy can be good for its health. For instance, socialising may provide valuable emotional support and ease stress.

This is important as the stress hormone cortisol may damage networks in the hippocampus, a brain region key to memory and studies have linked chronic stress in mid-life with higher odds of developing dementia.

Another important concept is brain maintenance. There is good evidence that many of the factors that contribute to cognitive reserve may also actually help “maintain the brain.” That is, the brain may show less of the changes that occur with normal ageing, and may even show less aggregation of Alzheimer’s pathology.

Finally, if the people we socialise with have healthy lifestyles, we may be encouraged to adopt healthier habits and make changes to diet or exercise that benefit our brain health.

What about brain training?

Commercial apps and computer programs that claim to sharpen the mind are used by tens of millions of people around the world. However, the jury is out on the benefits of brain training.

Some research has found, for instance, that while people may improve on the skill in which they train, they don’t do better on other mental tasks. So, someone that plays a memory game may find their memory improves but they don’t find it easier to make decisions.

And there is insufficient evidence that these improvements help them in their day-to-day lives. In other words, someone that does well on a number-based game won’t necessarily suddenly find it easier to manage their finances.

Likewise, it hasn’t been proven that brain training cuts a person’s odds of dementia.

The GCBH says: ‘The evidence regarding the benefits of what most people consider “brain games” is weak to non-existent.

‘Games can be fun and engaging but often the claims made by the companies promoting the benefits of these games is exaggerated.’

Research that has been undertaken with computerised cognitive training (CCT), however, has indicated some benefits for those with mild cognitive impairment (MCI). Two recent reviews of trials on people with the slight memory lapses that often precede dementia found ‘small to moderate’ and ‘small but significant’ improvements on learning, memory and mood.

The researchers concluded: ‘The results are encouraging that cognitive interventions in MCI may impact everyday life but considerably more research is needed.’

Will learning another language help?

Evidence for the benefits of bilingualism is mixed. Some studies have shown that older people who speak more than one language are better at making decisions than those who only have one language. It is thought that having to regularly choose which language to speak strengthens the brain’s ability to a make decisions. Other studies have failed to find a benefit.

Despite this, the GCBH says that overall, bilingualism may provide a ‘protective shield’ against cognitive decline.

It adds: ‘More research is needed on the impact cognitively stimulating activities have on the brain but we have sufficient evidence to concluded that it is beneficial to remain mentally active and continue learning over the course of your lifespan.’ 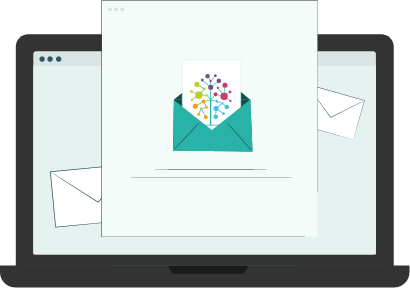